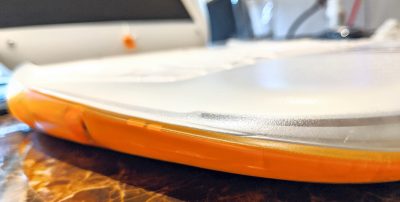 If you develop apps for iPads and want to use GPS location, you will find that you actually need a wifi or cellular connection because most iPads don’t actually have a real GPS chip in them anymore.

A few years ago (~2012), most phones switched over to A-GPS (assisted GPS) which many people incorrectly believe is still an S-GPS (standalone GPS) but it is not (some devices still have S-GPS chips to fail through but it’s not guaranteed). Thus making your device dependent on cellular towers instead of S-GPS which needs to connect to 4 real GPS satellites in the sky and due to their slow 50bit/sec data rates (these satellites were first launched back in 1978) can take about 40 seconds to receive enough data to get a location. So A-GPS use cellular towers that have already locked their GPS coordinates and use much faster bitrates to triangulate device locations.

In the end, A-GPS won’t function without cellular service.

Now WIFI only devices need a faster way to triangulate their location. WIFI positioning systems use a database lookup service that analyzes the wifi signals around them and sends them to a database lookup service. Based on what networks are around you and their relative strengths to each other, it can give estimates of where you are. But only if you have a wifi connection to the internet.

If you ever get a crazy location from wifi positioning systems, it could be anything from catching strange reflected signals to someone moving their wifi router which will throw off the lookup service until they receive new data from A-GPS users.

Which iPads have GPS?

GLONASS is similar to GPS but built by the Russians – the technology is about the same era, the bitrate is the same 50bits/sec, and there are also about 24 satellites orbiting. Where it is beneficial is in GPS/GLONASS hybrid chips that can use the 24 GLONASS satellites and 24 GPS satellites to come up quickly with a minimum of 4 satellites to triangulate the location. While it is faster, it still will not be as quick as A-GPS or Wifi positioning system.