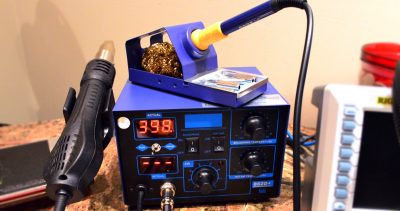 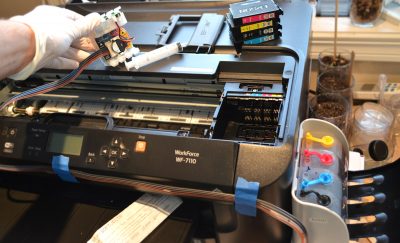 It’s 2022 and you want to set up some local large disk storage. What should you use?

I recommend using ZFS as a good general-purpose storage solution and I want to cover what it does well and what it doesn’t do great at. I’ve been running a small ZFS pool for a few years now and while I seen some issues, still recommend it as the best path for most users.

ZFS, previously known as the Zettabyte file system from Sun Microsystem’s Solaris operating system, is a RAID-like solution that boosts more flexibility and speed improvements over the more conventional hardware-level RAID. A zettabyte is roughly a trillion terabytes, so they are implying it is “unlimited” storage, but it definitely has a limit that you will probably never run into.

My experience of setting up traditional RAID is, its an ok process as long as you don’t ever need to touch it.

It starts with restarting the machine multiple times as you attempt to get into the RAID card’s BIOS that appears briefly after your normal BIOS finishes. Many consumer machines have RAID disabled but you can enable it in your BIOS. Once into the RAID setup, it’s normally a terse text-based screen where you can set up a RAID level with the disks it sees. After that point, the operating system will only see the RAID disk and not the physical disks. When all the disks are new, and you don’t have any data, the process isn’t bad. It’s more daunting when you are recovering a damaged disk and hoping you don’t accidentally wipe the entire array when you bring in the new disk.

Then enter ZFS. You don’t have any BIOS setup and the OS will know about the underlying disks.

Some Linux distros don’t have ZFS installed by default, but it’s a simple install with your package management system. If you get an error trying to run zfs then install it with sudo apt install zfsutils-linux

ZFS does most of its work on its own but sometimes you want to check in on it.

Importing allows you to load the pool on a new machine, and exporting closes up the disks to be ready to move between machines. You don’t have to close the pool to open it, especially if the machine dies and you are trying to get to the data, but if you have a heads up, telling it to close will make the import go smoother.

Check out more commands at https://www.thegeekdiary.com/solaris-zfs-command-line-reference-cheat-sheet/

Recovering after a disk failure

One day you find that your ZFS array is in a degraded state. One of the drives will be damaged and ZFS will kick into overdrive to keep your files accessible. If you don’t log into the server often, you might not notice it. I actually was running in a degraded state for weeks before I started investigating why my transfer speeds were consistently lower than usual.

Is a way to save a moment in time for the pool. ZFS will not change any data, and any new writes to the pool will be written to new locations on the disk.

This feature allows repetitive data and files to be stored only once on the disk but act as though it is stored multiple times in various directories.

Be warned it uses a lot of memory and every write has to check to see if that block already exists. The rough calculation is about 5GB for every TB of storage. This will use up memory that would have been used for ARC cache.

In the end, I do not recommend turning this on. The performance impact is heavy if you have large video files and you won’t get much benefit at the end of the day.

To see how much memory is used for Dedup if you have it enabled.

You have compression enabled when the files are being written to. If you turn it on or off later, the existing files do not change their state. You will have to copy them off and back on to align them.

In the end, I also do not recommend turning this on for pools that have large compressed objects like videos or zips. You will still pay a compression penalty and not get any benefit. If you want to use this, divide up the pool so your large already compressed files are being stored without zfs compression.

To encrypt the drives, you have to do this during pool creation

Using a prompt method is nice if you want to make the disk only readable when a user can enter a password, but not if you want it to be transparent. There are other options including one where it uses a pktool key file that is stored locally or on a web server. Unfortunately the documentation to do this is quite difficult.

Transferable between Linux machines. Unlike so many other RAID solutions, if this machine fails, you basically need to buy a replacement to salvage your data. This doesn’t lock you into anything, you probably have another Linux machine that you can import the pools and get to your data.

No more RAID controllers. You can access and check in on your ZFS pools from the command line whenever you want. No more rebooting to get into RAID setup.

With all of the good things, let’s take a look at what isn’t great on ZFS.

Upgrading when you run out of space is still a huge pain. It’s often easiest to just get all new disks and create a new pool, transfer the data to it, and remove the old pool. When I first got started with ZFS, I used to work with a Drobo storage unit that could easier just handle removing any of the disks and replacing it with a larger one. It would then reshuffle the data and you were all set. I thought ZFS would be able to do that and it definitely cannot. Another way to add storage is to just add another 2 drives in mirror and create a new pool that runs alongside the existing pool. If you plan to add storage later on, I would highly recommend not running everything in one large pool or it will make it difficult to expand.

Native Compression in ZFS is probably not worth it, most files today are already using something like gzip so compressing these files a second time doesn’t give you much of a space improvement but you still get the CPU overhead. It feels mostly transparent, but if you watch top on the server, you will see the cpu spiking during file reads.

Native Deduplication in ZFS uses too much memory and cpu for most users. If you enable them, every read/write has to do lookups in the dedup table to find the real data and you are losing alot of memory that would of been used as cache to hold the dedup table in memory.

Native Encryption in ZFS is difficult to enable.

Scrubbing/Resilivering is a performance hit. The default behavior is the ZFS subsystem will just randomly scrub the disks when needed. This untimed job will severely impact your read/write until it finishes. I would highly recommend setting up a CRON job to run zpool scrub <pool-name> so it is at least predictable when it will be slow.

Command-line syntax between zfs vs zpool is a little annoying. This isn’t a huge deal, but knowing which subcommand is in which command is hard to remember when you don’t use it very much. 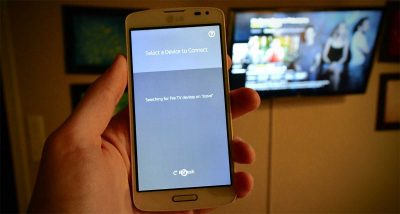